GET COUNTED! Sign up today to get informed and get involved. 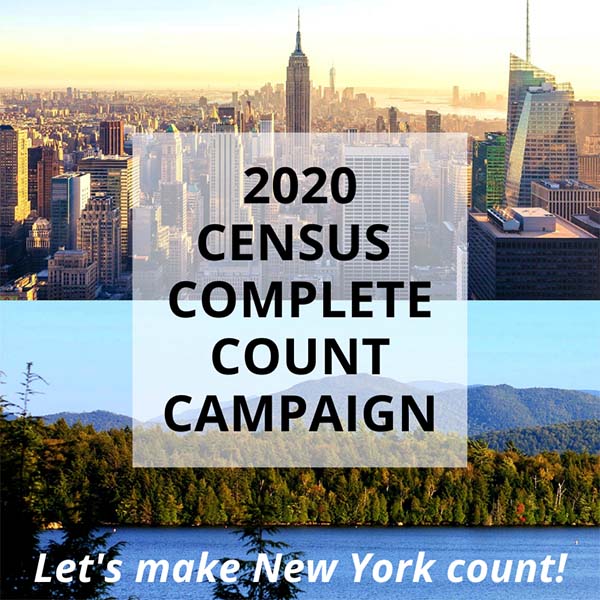 A complete and accurate census count is critical to the future of New York. The 2020 Census will determine how more than $650 billion in federal funds for public education, public housing, public transit, and more gets distributed annually throughout the country. It will also determine the number of seats each state is allocated in the House of Representatives (and thus, the Electoral College). Based on current estimates, an undercount could cost the State of New York up to two congressional seats.

New York’s participation in the 2020 Census faces a number of challenges:

NYPIRG’s 2020 Census Complete Count Campaign is working to ensure that all New Yorkers get counted in the 2020 Census. From Western and Central New York, to the Hudson Valley, to New York City, to Long Island, we are reaching out to students and residents through informational tables, local and on-campus events, community and classroom presentations, and the media. Our Get Out the Count efforts are centered around direct community interactions to encourage New Yorkers to self-respond to the census.